Patience is the key to building running volume

Towards the end of March it was looming that the upcoming footy season was going to be cancelled and my local club wouldn’t be able to defend our premiership from the previous year, in addition to this, the 14 week Europe holiday that I had planned my whole life was inevitably going to be cancelled. With no sport and no holiday to look forward to I did what most people did during covid lockdowns, I started running (and drinking…).

Over the last 5 years I have played footy through multiple injuries, primarily, chronic patellar tendinopathy. I have barely been able to train once, let alone twice a week as my body would only get through 1 session a week, and that was Saturday’s game. Recreational running was non-existent, all my training consisted of building lower limb strength in the gym and slowly progressing high speed running, which seemed to be the point my knee couldn’t progress past. Given I was about to have 18 months off football and ample time to genuinely commit to rehabbing my knee, I thought I would start building strength through running as gym’s were no longer open. My aim was to run slowly, as I was just not able to tolerate high speeds, and progressively accumulate more volume. The longest I had ever run prior to March was roughly 5-6km, usually pre-season training involved repetitive sprints and 2-3km time trials.

At the start of April I set out a goal to run a half marathon, even I thought that was a bit ambitious. I set out a weekly plan which involved 4 runs per week, 3 short runs which were 3-4km, and 1 long run which was 6km (yes, 6km was my “long run”). Given what I have learned about training and common training errors, I was extremely strict with my pace, keeping it conversational and genuinely easy. This way I could continue to build my running volume as I wasn’t burning out by doing ridiculously hard sessions, and reducing my risk of injury which could prevent me from running.

4-6 weeks went by, and my shorter runs were now up to 6-7km and my longer runs were up around 15km, I then started to introduce one speed session per week. Error number 1, my first speed session I did 6 x 1km efforts at almost a max intensity, I could barely breath following the session and it took me about 3-4 days to recover physically. No surprise, about 10 days after I started getting a shooting pain along my right toe, which was an acute extensor hallucis tendinopathy. I took 2.5 weeks off running and removed high speed from my program all together, as I wanted to minimise the risk of any further injury stopping me from achieving my goal of a half marathon.

Once the injury had eased I began building up my running again. I reduced my long run to 10km and slowly built this back up to 16km over the course of 2-3 weeks. During the 16km I started to get a niggle in the arch of my left foot, the following week I decided to run 18km through this same pain and before I knew it I was sidelined for another 2 weeks. It was now time to update the 3 year old New balance 880’s (I am not a very good patient!)

With my new Brooks Glycerin’s thanks to the team down at The Running Company in Yarraville, I was back building towards my half marathon. I once again reduced my long run back to 10km as I was taking no chances this time!

From mid-July to September I slowly built up my weekly volume to a point where I was ready to run a half marathon, which I completed on September 27th. I am not a “runner” by any means, and playing football and basketball my whole life I have never had the time to be running long distance, but I thought to myself, with no sport and no holiday in sight, let’s go one step further, a marathon.

Once again, each week I slowly increased my volume, maintaining the focus of a slow, easy conversational pace. Before I knew it I had worked my way up to a 30km long run by late October. With each of my long runs between 20km-30km I had only used sports gels once in my 30km (2 gels total) and not taken in any fluid what so ever.

Following the 30km run with my housemate who I was training with at the time, 42.2km felt beyond our capability. Our legs were completely depleted, as you would expect running for 3 hours and not taking in any water/electrolytes or nearly enough carbohydrates.

After a week’s rest and back into our normal training, my housemate and I decided we would pull the trigger and run the marathon, on a 31 degree windy, rainy Sunday morning.

On the Thursday prior to the run, I spoke with my colleague Gary, who has a great amount of experience with long distance events (ironman etc.). I suddenly realised I was pretty naïve to think that I would be able to finish a marathon well with only 3 gels and no intake of fluid at all… big mistake!

I went shopping that night and purchased some pop top bottles (easy and practical to run with), hydrolyte, as well as another 3 gels. Given this was not an organised event, there were no drink stations where I could just run past and sip on some fluid and whack back a gel. I had prepared 2 “care packages” of gels and hydrolyte/water, one that my parents had ready for me at the 25km mark and one that I left at the back of the Port Melbourne clinic, which was about 10km in.

During the run I had my pockets lined with gels and my hands occupied by 2 pop top bottles (with hydrolyte) . I had planned to drink 2 pop tops per hour and a gel every 5km (roughly 30 minutes). 33km into the run and It dawned on me that even after 6 gels and 1.5 litres of fluid, it was nowhere near enough. In my mind I felt okay, my breathing was steady, but my legs had basically switched off. The last 9km felt like the first 33, but knowing my parents travelled over an hour just to drop me off some pop tops and take a few pictures I knew I couldn’t stop (plus I could hear Matt Bull’s voice in my head telling me about his 2:59 PB).

4 hours and 10 minutes later and I had completed my first marathon! At first I set out a goal to go under 4 hours, however, as the run went on, I was pretty stoked to have finished without stopping.

The biggest take away from the whole experience was that patience is the key to building running volume. Too many people who first start out or are getting back into it, are running too fast. Their body cannot cope with the stress this is placing on their muscles and joints and they are becoming injured.

I have a large number of clients coming to see me who would love to be able to run longer distances but claim they “aren’t runners” or “can’t run that long”. More often than not, simply by reducing the intensity of their runs, they are able to run for longer, they are able to accumulate volume and they are able to build their body’s tissue capacity to tolerate long distance running loads. 1-2 months after building your body’s resilience to repetitive running loads, it is generally much safer to start introducing some speed into your program, typically 1 x per week, and like any program, slowly increase your speed/distance over time, be patient!

Prior to April I was not a runner either, I was a very injury prone footballer, and convincing myself that it was actually okay to reduce my speed was the lightbulb moment that I needed to be able to build up my body’s tolerance to long distance running. If you set realistic goals and plan well, you would be surprised at what you can accomplish! 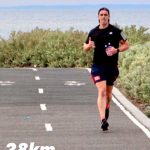 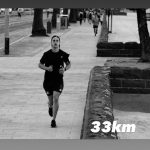